LOGAR and GeoPACHA: Digital Tools for Generating Regional Perspectives on the Andean Past

Steven A. Wernke, Parker VanValkenburgh and Akira Saito
Archaeological and ethnohistorical research face fundamental problems of scale: the sources we use to study the past offer us detailed perspectives on localities and small regions, but little information about broad-scale social networks in the past. In archaeology, this problem is particularly acute because the datasets archaeologists collect are typically tailored to the research interests of individual research projects, making both aggregation and comparison challenging even in the rare cases when data are made publically available. In the Andean area of South America, knowledge of interregional social dynamics during the late prehispanic and Hispanic-colonial eras has been hindered by such localized and fragmented research agendas and databases. We present two digital tools developed to overcome these impediments: LOGAR (Linked Open Gazetteer of the Andean Region) and GeoPACHA (Geospatial Platform for Andean Culture, History, and Archeology). LOGAR, an open-source geographic dictionary, collects information on the fundamental reorganization of the Andean space under the Spanish colonial administration, and currently presents the locations of more than 450 reducción towns together with relevant information from archival sources. GeoPACHA is an edited geospatial platform accessible by browser that allows “virtual archaeological survey” through high-resolution images to map the locations and record the attributes of reducciones and other colonial archaeological sites. This presentation provides an overview of our progress to date in the development of these tools and the data they have already produced, with a view to the next phases of their implementation.

Akira Saito, Yasuhisa Kondo, Nozomi Mizota and Tomoko Koyama
Viceroy Francisco de Toledo’s general resettlement is recognized as being a massive reorganization of native Andean society, which resulted in the forced relocation of 1.5 million people to over 1,000 towns, called reducciones. Many scholars contend that the viceroy’s ambitious project established the enduring foundation for Spanish colonial rule in the Andes. Despite its importance, however, a complete picture of Toledo’s reform remains unknown. Few serious attempts have been made to locate Toledo’s reducciones on a large scale. Since 2015, we have been attempting to elucidate their general characteristics, by extracting a large amount of data from different handwritten copies of the viceroy’s tax assessment records, called tasas, and constructed a set of databases based on them. One of our objectives is to understand the relationship between the reducciones and the native social groups, called repartimientos. Originally a repartimiento and a reducción were organizationally different. The former was a kinship group whose members believed themselves to be descended from a common ancestor, whereas the inhabitants of the latter formed a community by taking up residence in it. They were not incompatible and various forms of articulation developed between the two types of organization. However, their relationship did not entirely escape tension and friction. Using the Resource Description Framework (RDF), we have visualized and analyzed this complex relationship as a whole. This paper explains the purpose and methods of our research, and presents some preliminary results.

Stephen Leisz
The presentation examines and identifies the major trajectories of land-use and land-cover changes taking place in newly developed transportation corridors in Southeast Asia since the early 1990s. The research focuses on the telecoupled drivers of these changes, and the spatial patterns of change. In order to set the research in context, an overview of road building, transportation corridor development, and associated land-use and land-cover changes in different regions of the world is presented. The review and analysis serve as background to an examination of land-use and land-cover changes in the context of the expansion of road building and cross-border corridor development in Southeast Asia. Corridor development in the region started over twenty years ago when ASEAN nations and the Asian Development Bank developed plans to build a series of transportation corridors in the region. The initial stages of the corridors’ development are now complete and cross-border flows of goods and services are increasing with the implementation of the ASEAN Free Trade Area. The goal of this presentation is to identify the major trajectories of land-use and land-cover changes in the Southeast Asian transportation and development corridors through an examination of a case study of one of these corridors, the East-West Economic Corridor. The presentation highlights the multi-scalar telecouplings that are driving these changes, and analyzes how these changes conform to and/or differ from what has been seen in other regions where road building and corridor development projects have been implemented in the past.
References:
Leisz, Stephen, *Eric Rounds, Ngo The An, Nguyen Thi Bich Yen, Tran Nguyen Bang, Souvanthone Douangphachanh, Bounheuang Ninchaleune (2016) Urban-rural Telecouplings in the East-West Economic Corridor within Borders and Across. Remote Sensing 8 (12), 1012; doi:10.3390/rs8121012.
(This research is on-going. There are other papers in the process of being reviewed and written) 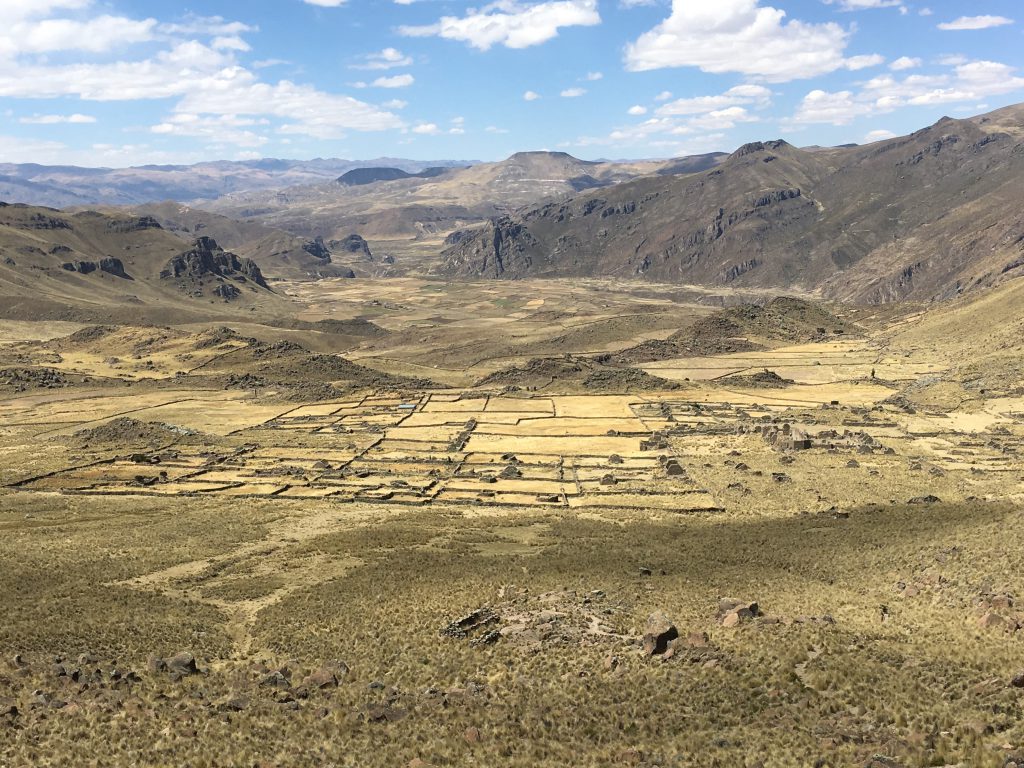 Steven A. Wernke (Associate Professor of Anthropology, Vanderbilt University) is an archaeologist with interests in indigenous community organization, landscape and land-use, and religious practices during prehispanic and Spanish colonial times in the Andes. He is author of Negotiated Settlements: Andean Communities and Landscapes under Inka and Spanish Colonialism (University Press of Florida, 2013), which was awarded the Society for American Archaeology Book Award. He directs the Vanderbilt University Spatial Analysis Research Laboratory (SARL) and the Vanderbilt Initiative for Interdisciplinary Geospatial Research (VIIGR). Currently, he directs two Digital Humanities initiatives: LOGAR: Linked Open Gazetteer of the Andean Region, and GeoPACHA: Geospatial Platform for Andean History, Culture, and Archaeology.
Parker VanValkenburgh is an archaeologist whose research focuses on empire, politics, and environmental change in late prehispanic and early colonial Peru. He is currently Assistant Professor of Anthropology at Brown University and director of the Brown Digital Archaeology Laboratory. With Carol Rojas Vega, he co-directs the Paisajes Arqueológicos de Chachapoyas (PACha) project, an investigation of long-term human-environment interaction in Peru’s Chachapoyas region, and is co-director (with Steven Wernke) of GeoPACHA. From 2008 to 2016, he directed the Proyecto Arqueológico Zaña Colonial, a project focusing on the forced resettlement (reducción) on indigenous people in Peru’s North Coast region.
Akira Saito is a professor at the National Museum of Ethnology and the Graduate University for Advanced Studies, Japan. He specializes in cultural anthropology. His research focuses on the transformations of native society and culture in Spanish South America. His current research interests include, in addition to the Spanish resettlement policy in America, the global development of the Roman Catholic missions and their accommodation policy toward local traditions in Asia and America.
Yasuhisa Kondo is an archaeologist and an associate professor of the Research Institute for Humanity and Nature (RIHN), Japan. He is interested in spatial and environmental archaeology, and is conducting a field research in Oman. He is also interested in open science and community-based research, and is coordinating the RIHN’s Core Project “Information Asymmetry Reduction in Open Team Science for Socio-Environmental Cases”.
Stephen Leisz is an Associate Professor of Geography within the Department of Anthropology at Colorado State University in Fort Collins, Colorado, USA. His research focuses on land-use/land-cover change and the drivers of these changes in Southeast Asia. He also is interested in, and has been involved in, exploring the use of remote sensing in archaeology. Over the past decade he has been involved in applying remote sensing, including lidar, to explore archaeological sites in Vietnam, Mexico, and Honduras.